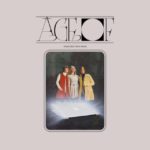 With years of experience under his belt, Oneohtrix Point Never is a mainstay in the world of experimental composition. Following the 2017 soundtrack to the indie film Good Time and his recent Red Bull Music Academy performance, the prolific producer has returned with his new full length LP, Age Of.

The album, that spans 13 tracks, stands as Oneohtrix Point Never’s next exploration into the lush yet jarring soundscapes found in his catalog. The album begins in a subdued fashion, with vocal performances in songs like “Babylon” and “Black Snow” adding depth to the producer’s already massive skill-set. Sourcing outside help from James Blake, ANOHNI, and more, the LP reaches levels of precision that most producers could only dream of.