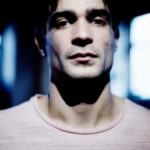 Jon Hopkins has announced a fresh new run of tour dates in conjunction with his first new album in five years, the psychedelic, swirling new Singularity. Hopkins’ ten gig run kick off at the end of summer, with the first six stops featuring support from Daniel Avery, who’s fresh off the release of his new album Song For Alpha. The remaineder of the tour will draw to an end with the British producer and DJ Leon Vynehall through the end of September. Eyeing a variety of markets across North America, Hopkins and company are expected to touch down in Los Angeles, Montreal, and Brooklyn Steele in New York. Find the full list of tour dates below.

Tickets and more information can be found here.