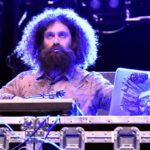 In mid-October of last year, Chelsea Tadros took to Twitter to accuse electronic music producer and DJ, The Gaslamp Killer, of drugging and raping her and her friend RaeAn Medina in 2013. Shortly thereafter, William Bensussen was dropped from his labels, among other connections to the music industry at large severed.

The Gaslamp Killer denied the allegations when they broke and has continued to do so in the proceeding months. Recently, he spoke on his recently filed defamation suit with Tadros for the first time in seven months in a public statement on Facebook, where he shared public court documents, witness accounts, and reiterated his innocence.

Tadros has since taken to Twitter in response to Bensussen’s public suit and Facebook comments. She began with a response from her lawyer, Erica Kim, who wrote the following:

“William Bensussen’s latest statement does exactly what he claims he wants to avoid. He seeks trial by media and attempts to exonerate himself by grossly distorting the facts of this case.

First, Chelsea Tadros has never claimed that she was physically immobilized due to being drugged. In fact, her flashes of recollection—which jump in time and location—clearly establish that she was standing during many moments of the night. Importantly, some of the most terrifying aspects of her experience were the blank gaps in her memory and the confusion of not knowing why or how she found herself standing in completely foreign places. Ms. Tadros has only stated that when Mr. Bensussen was sexually assaulting her, she was “so scared” and frozen with fear that she could not speak or move. Mr. Bensussen’s statement not only flagrantly and knowingly mischaracterizes her drugged condition, but in doing so, suggests that Ms. Tadros must have consented because she was able to move around. These are the type ...

Cardi B & DJ Khaled Join Jennifer Lopez for “Dinero”
Tesla Might Need $10 Billion To Fund All Of Its New Projects: Analyst