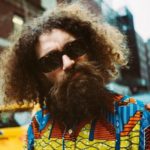 Last October, electronic music producer The Gaslamp Killer, real name William Bensussen, was accused of allegedly drugging and raping two women in 2013. News first arose when one of the alleged victims, Chelsea Tadros, first shared her account via Twitter, stating that the Los Angeles artist drugged her and a friend, RaeAn Medina, at a hotel party, where he then proceeded to allegedly have non-consensual sex with them both.

This subsequently led to Bensussen’s labels, Low End Theory and Brainfeeder, severing ties with the producer and sparked massive public outrage in the era of  #MeToo. In a new statement posted to The Gaslamp Killer’s Facebook page, Bensussen breaks his silence of seven months with details as to why he believes he is innocent and has filed for defamation.

Read his full statement below:

“Last October, Chelsea Tadros made false claims on Twitter about a consensual sexual encounter that I shared with her and her friend RaeAn Medina 5 years ago. Tadros claimed that I drugged her and Medina at The Standard Hotel during a daytime pool party, then took their incapacitated bodies to my home and raped them. Not only is this untrue, it is logistically impossible.

Despite having numerous witnesses dispute her story, I had to remain silent for legal reasons. I so badly wanted to defend myself right away and share the facts with details from my witnesses. Because the case is now public record, I am finally able to come forward.

I am 100% innocent of these accusations.

My only recourse was to bring a suit for defamation to prove my innocence. In suing Tadros, I am not trying to silence her. In fact, I am hoping to open a dialogue in which to examine this event in front of a judge and jury, rather ...

The UNDERCOVER x Nike REACT Element 87 Shares Some New Flavors
Dear God what have I done: Behold the KFC Skinwich