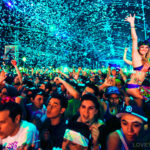 Like Mike goes solo with new release “Rewind” with smooth vocals and pop chords. “Rewind” is the perfect smooth summer track that is sure to grace radio stations across the world.

Hardwell has created an absolutely tremendous production with newest track “Earthquake” with Harrison.

Duo Super8 & Tab team up for a new single “Burn” featuring Hero Baldwin, which will be a part of their upcoming album Reformation Part 2.

VIRTU remixed Mark Johns and Imad Royal’s “Heart Shaped Box,” which initially slows down the tempo but falls into a bass and dubstep infused crazy drop.

Xan Griffin is doing a Zodiac series where he releases a song based upon each sign. He has released “Taurus” featuring Tedy for the grounded and practical Taurus’s out there.

Mike Williams tries his hand at Commercial House and succeeds in new track “Give It Up” with its catchy drop and compelling vocals.

In an unlikely remix, Steve Aoki tries his hand at remixing Matoma‘s “Lonely.” His remix of the track adds a bouncy chord progression that is hard to get out of the listener’s head.

Ravell teams up with Jack Trades and BAER for house tune “Feelin’ You.”