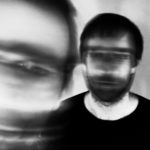 Over the years, electronic music duo and seminal Warp Records signees Autechre have become one of the most respected IDM acts of all time.

Formed in 1987, Autechre explored techno, electro, and hip-hop prior to shifting into their more experimental IDM style of today. Autechre’s music stands apart in its complex rhythms and subdued melodies. Oversteps, their most recent album, was released in February 2010.

Earlier this month, Autechre announced a widespread release of their new month-long NTS Radio residency which features all new music throughout the month of April.

Their NTS Sessions consists of four two-hour shows, one for every Thursday in April. Now, the second installment is here and it’s a captivating dive into the mysterious world that is the best of swirling IDM. Both entrancing and enticing, it’s plenty easy for listeners to get lost in. Luckily, when all is said and done, the collection will be available in a 12-LP and 8-CD boxset, as well as digitally in MP3, WAV, or FLAC formats.